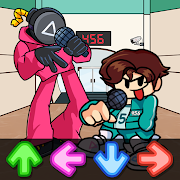 Have you heard super hot news in the town?

There is a rap battle coming up in FNF Town, someone said that all the legends will gather and rock the stage. Sound cool right? They also open registration everyone then why don't you come with us and battle now

FNF Music Battle: Rap Shooter will rock your rap world from tip to toe. Multiple gameplays and numerous catchy songs are waiting for you to perform. Moreover, various interesting stories are waiting for you the explore in each week of this FNF BF rap fight. Let's feel the flow of this Friday Night original tale right now

Simple rule to win this rap battle: Shoot every music notes you see and do not miss one

HOW TO PLAY
Precisely use your finger to drag and shoot the magic arrows.
Keep in mind to tap the music arrows right on beat

Ready to fight for the beat shooter, burn the stage and win the fight. Join with us in FNF Music Battle: Rap Shooter 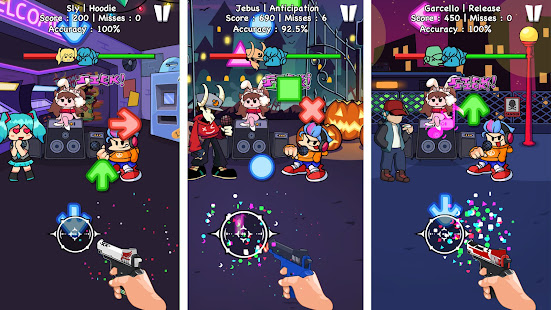 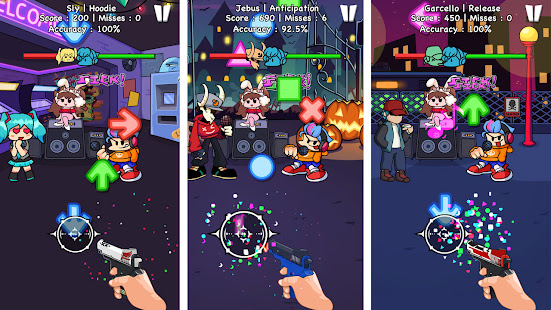 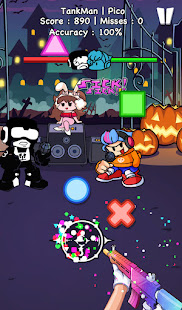 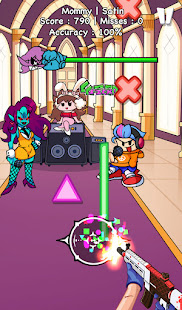 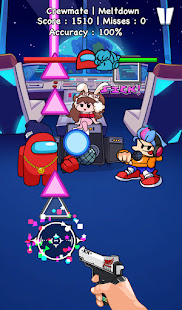 Do you wanna run FNF Music Battle: Rap Shooter with a better gaming experience? With the benefit of the bigger screen, smarter keyboard and the higher hardware performance, NoxPlayer brings you an extreme gaming experience on PC. By downloading and playing FNF Music Battle: Rap Shooter on PC via NoxPlayer, users don't need to worry about the battery or the interruption of calling.
NoxPlayer is compatible with Android 7 and supports running over 90% of the mobile games on PC, which will boost your gaming experience perfectly. In addition, by opening multiple instances, Noxplayer supports to running multiple games or apps at the same time, or chatting with your friend while playing game.
NoxPlayer is perfectly compatible with AMD and Intel with the exclusive core virtualization technology, making your computer run more stable and smoothly. Download NoxPlayer and experience it now!