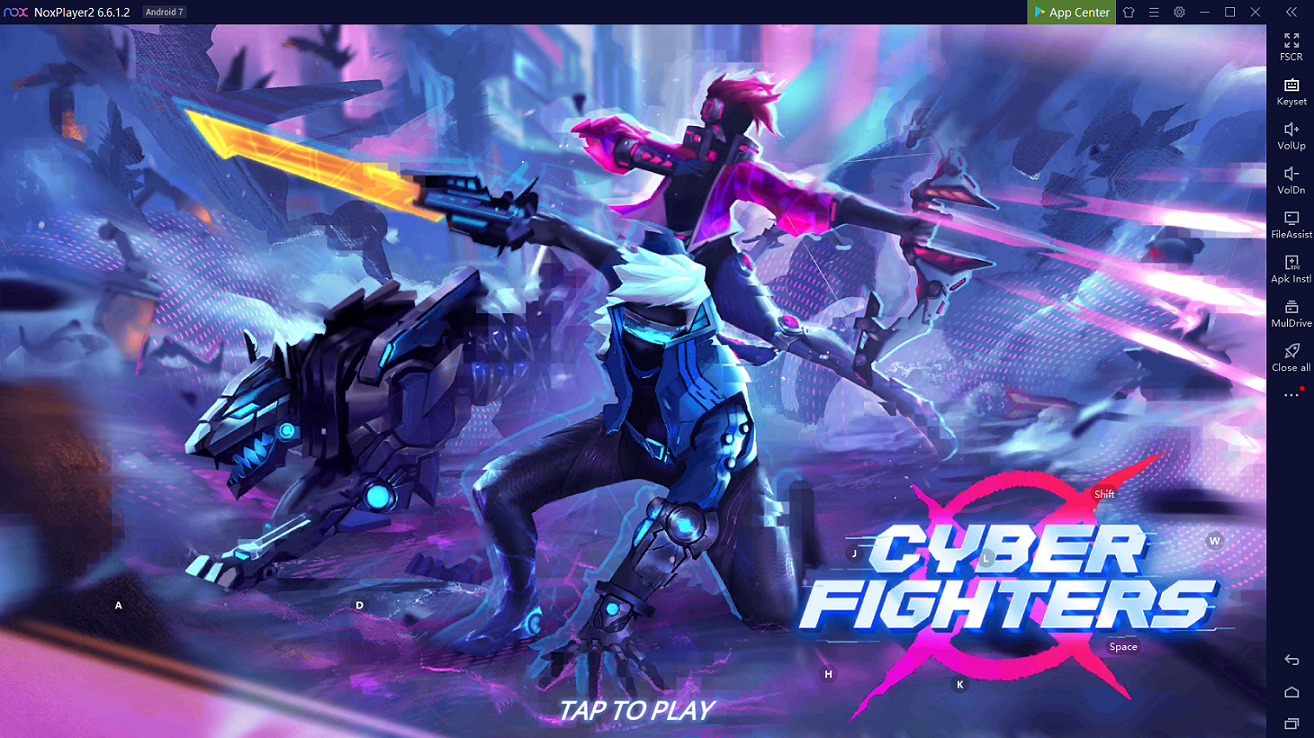 Cyber Fighter offers five different heroes with a diversity of combat styles for players to choose: Slashing monster by a Thermal Blade, Thunder Hammer & Energy Spear, or shooting their way over bosses by a Mighty Arrow or Power Cannon.

Besides the unique combat style, each hero will have their own comrade-in-arms to summon and it has their own combat style too. Fighting alongside your soul knight robot through the deathly shadow battle.

The Cyberpunk world in Cyber Fighters is full of the amazing design concept from background to character, & enemy design. You will be amazed by the fascinating graphic & effect skill in Cyber Fighters. 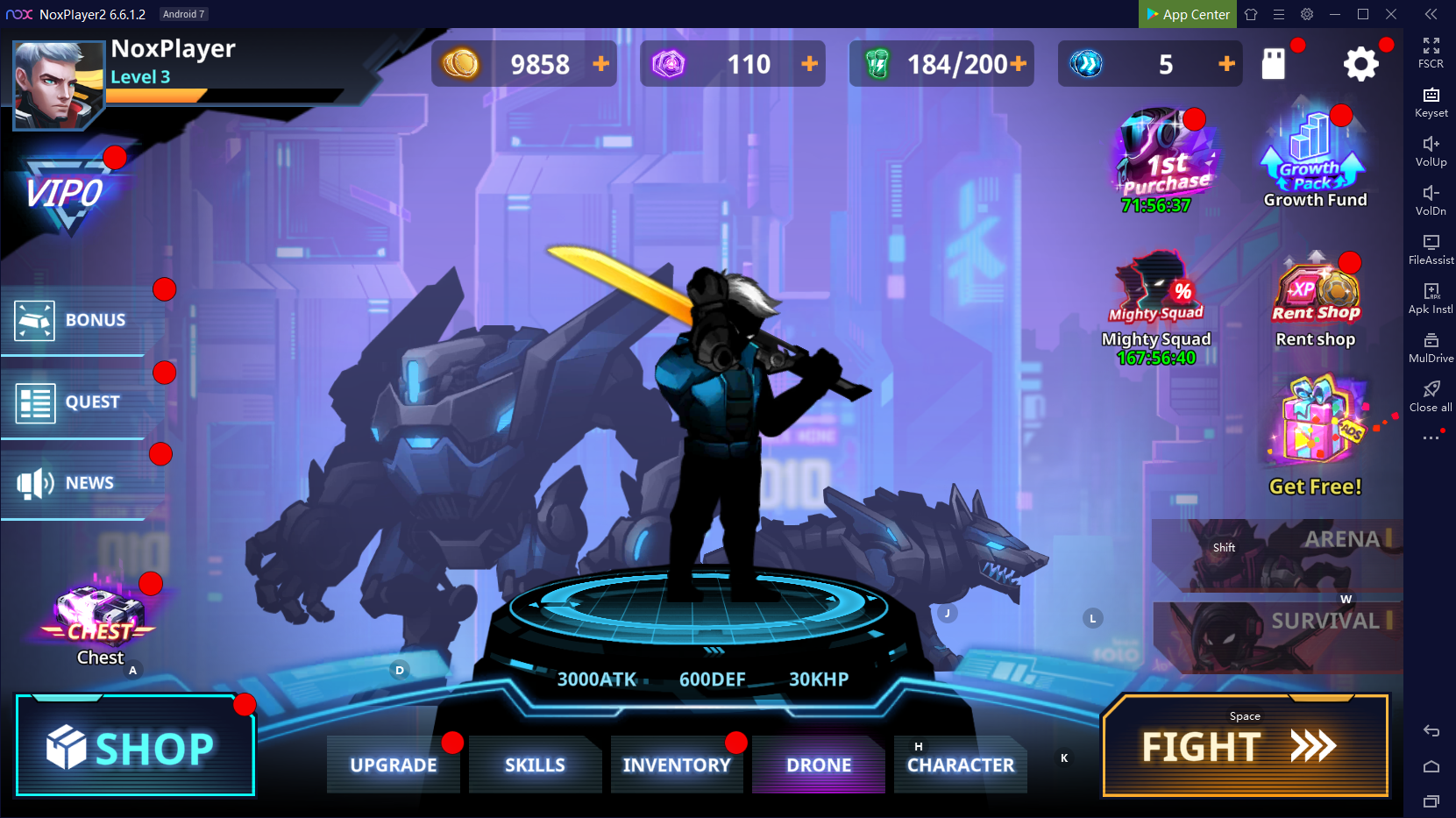 Playing games on PC will definitely give you a better visual experience. In Cyber Fighters: Shadow Legends in Cyberpunk City, many players are addicted to the sunning gaming effect and the unique Comrade-in-arms System. This is also the main reason why the game becomes such popular in a short period. With a larger screen, you can have a clearer and more vivid view of your characters and the enemies. 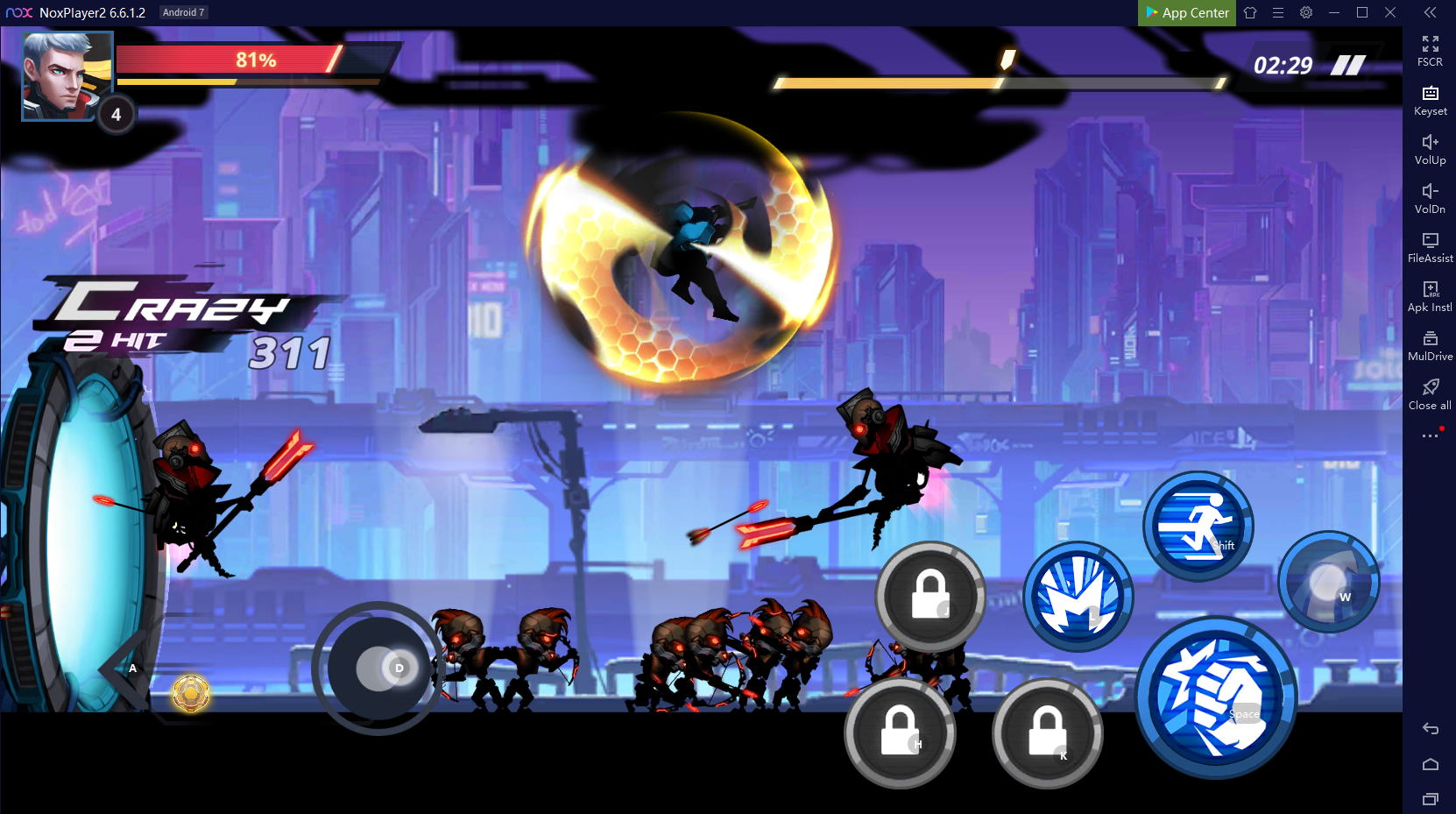 Cyber Fighters: Shadow Legends in Cyberpunk City also features the classic action battle system. As the game gets fierce, it is hard for you to control your characters to defeat your enemies. Therefore, if you play Cyber Fighters: Shadow Legends in Cyberpunk City with NoxPlayer, the touch screen will be replaced by the keyboard and mouse, which makes the strike more flexible and precise.

There is no doubt that you need to cost lots of time and energy to develop your characters and upgrade the equips and skills. Therefore, choosing to play Cyber Fighters: Shadow Legends in Cyberpunk City on PC with NoxPlayer must be a good way to ease the burden of your mobile devices, and you don’t need to worry about the battery life of your phone anymore. 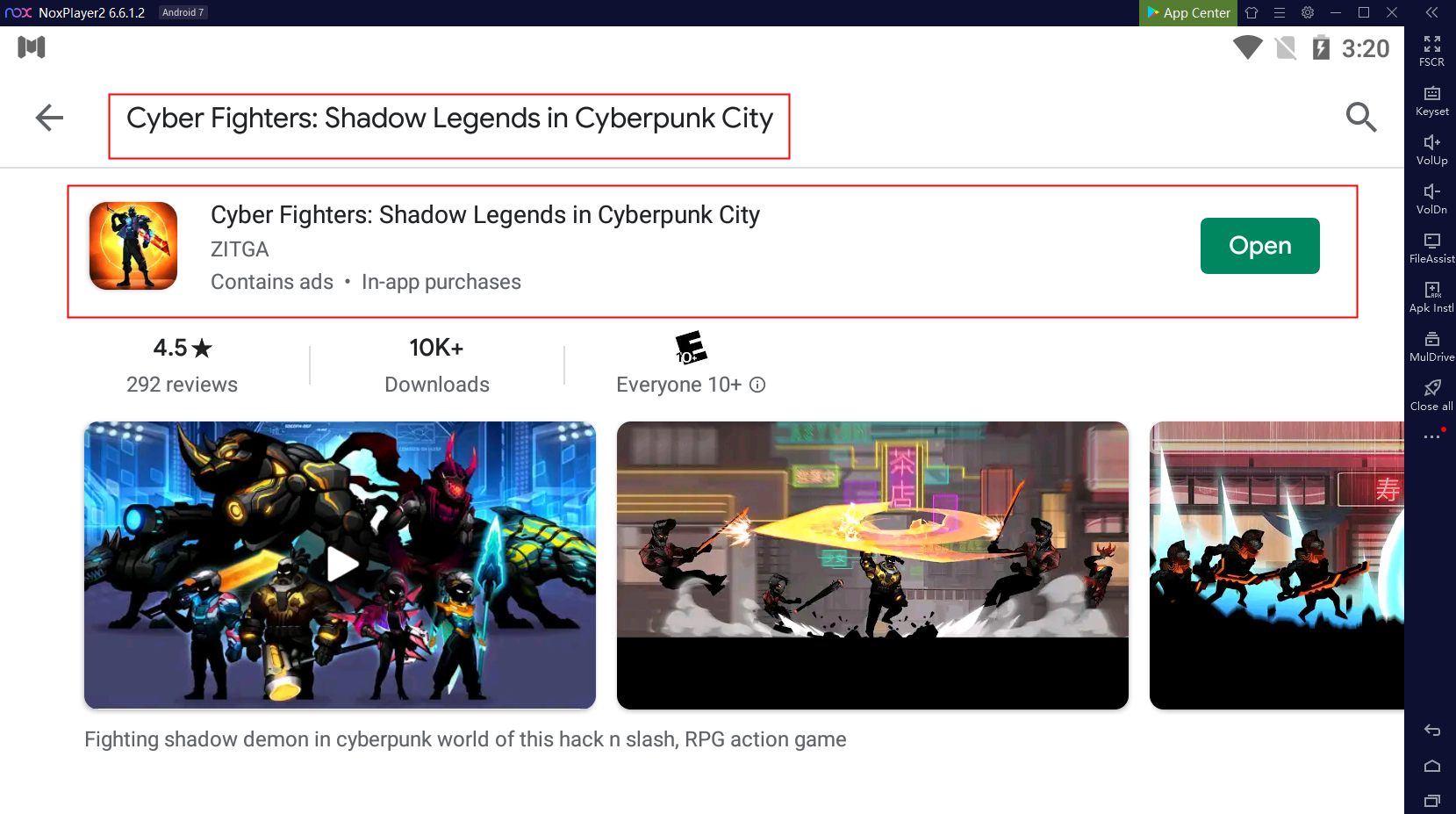