How to import your backup files in NoxPlayer v6.0.2.0 and above version 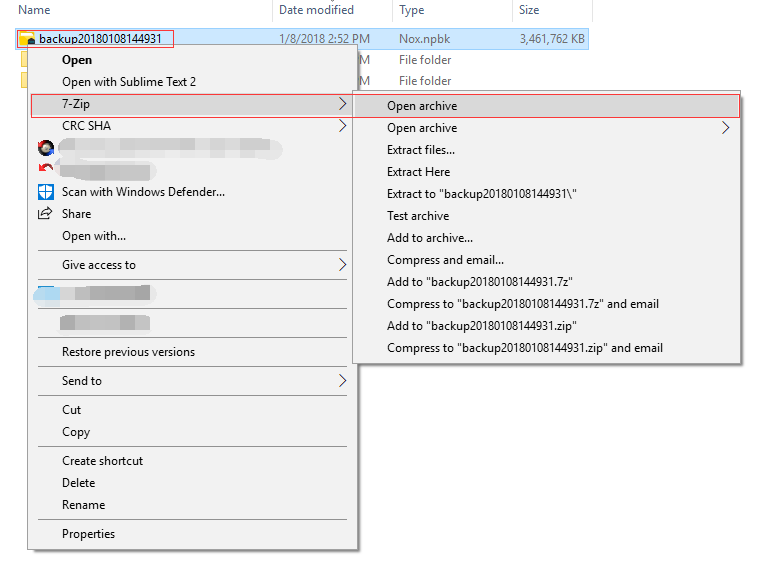 4. After unzipping the file, there is a file with the suffix “vmdk”,

this is the file backed up from the old versions,unzip the file to the desktop.

5. This step remains the same as before, just click on import