Mobile Legends: Bang Bang, the high-ranking MOBA games, gets top popularity among players globally since it is released in 2016. With the 5v5 classic battle mode, players get a real battle experience and team with partners to take enemies’ towers then win the victory!

1. At the beginning of the game, you need to try different heroes and find the suitable heroes that you are skilled in. There are 5 types of heroes with different attribution；Tank, Fighter, Assassin, Mage, Marksman, and Support. 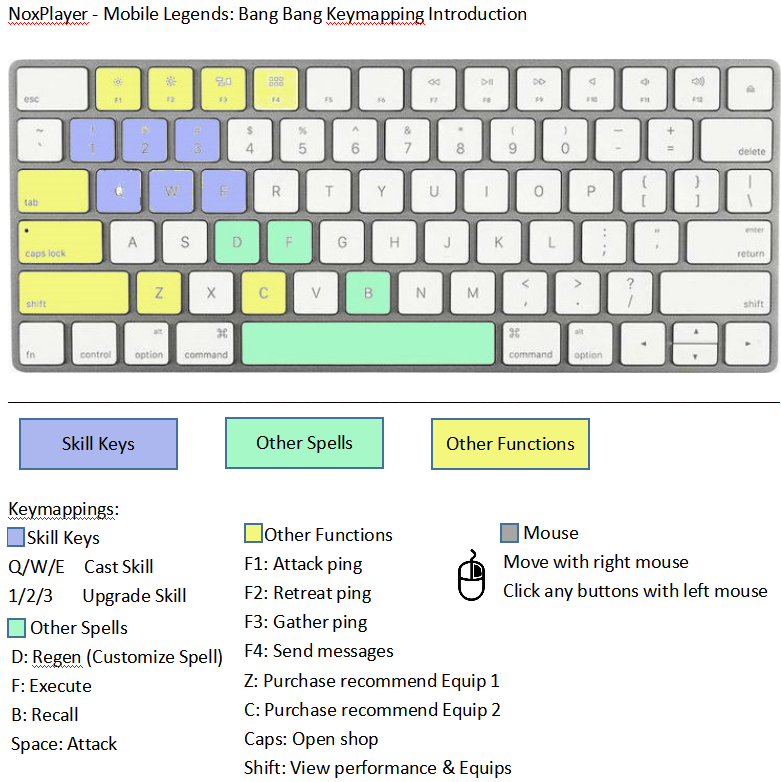 3. There are two modes in the game: Auto-cast and Normal cast

NoxPlayer has set a special key called Smart-casting for auto-cast in MOBA Games to show the range of attack more precisely. Players just need to put the button in the skill position and release skills towards the mouse position. 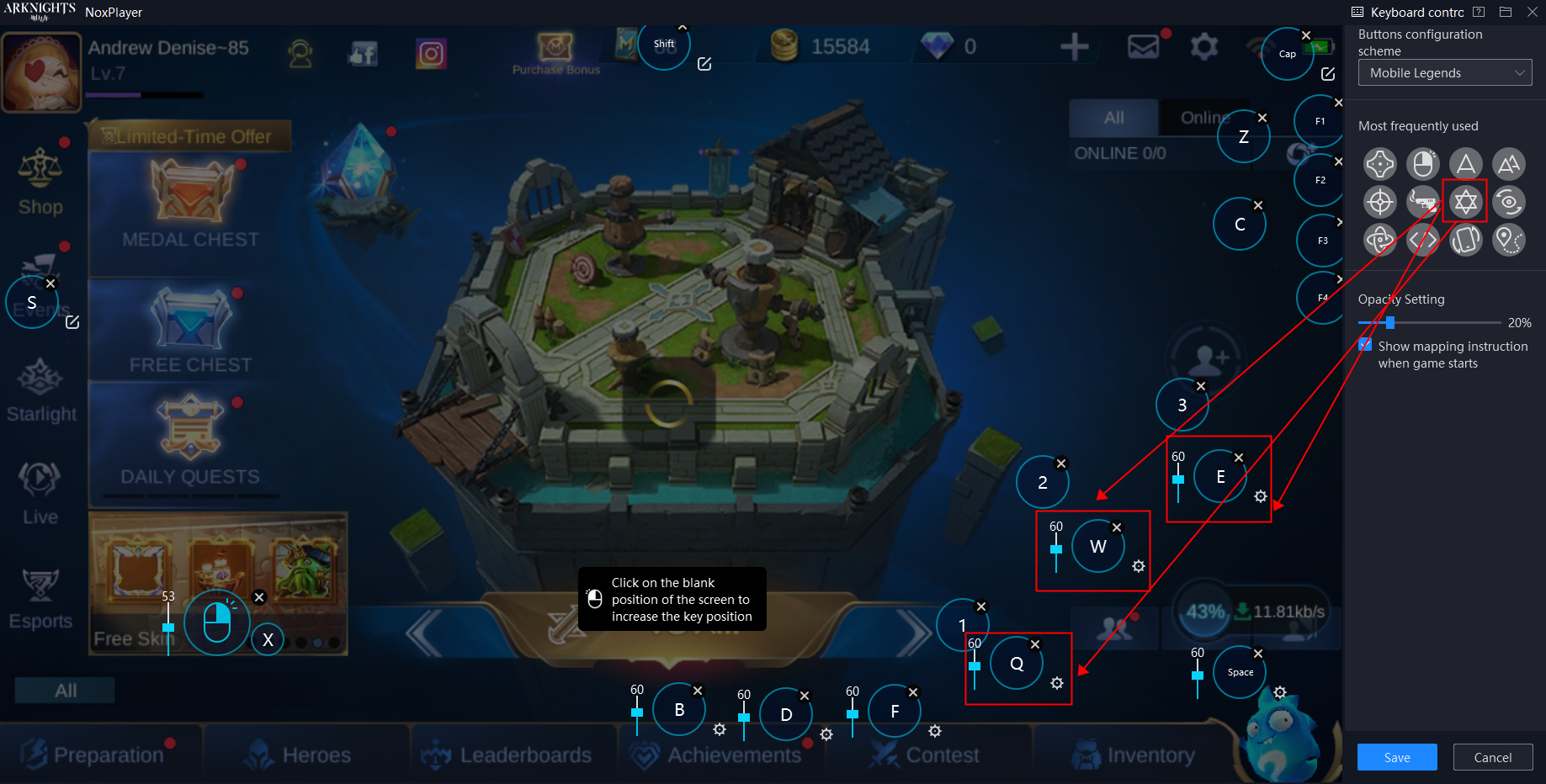 The advantage of auto-cast comparing to normal cast is that the auto-cast does not need you to adjust skill indicator to cast a spell but allow you to cast with one simple click to help you stay ahead of your enemies in the fierce battle. Here are the differences between the normal cast and auto-cast. 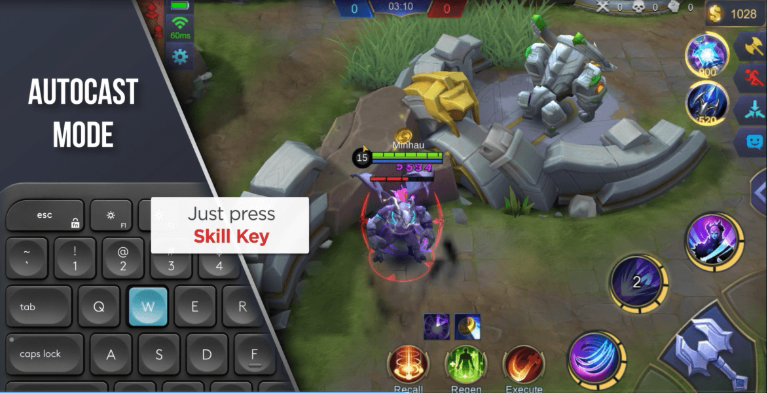 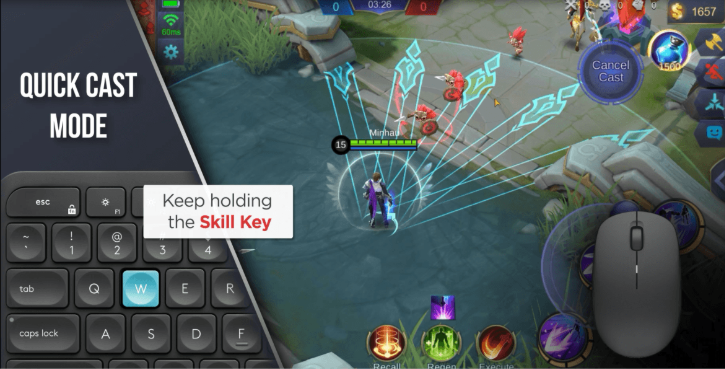 2. Release the skill key to cast the skill 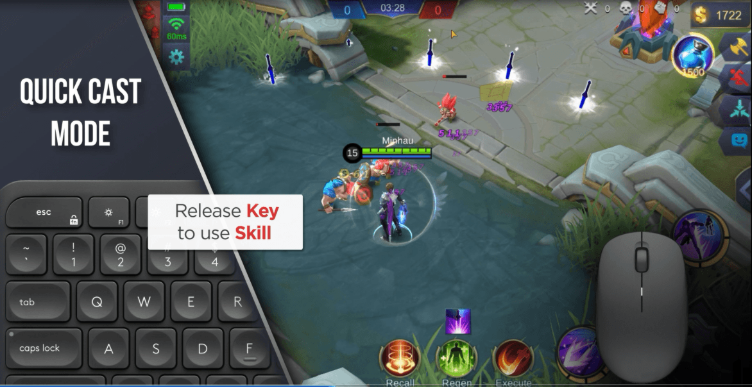 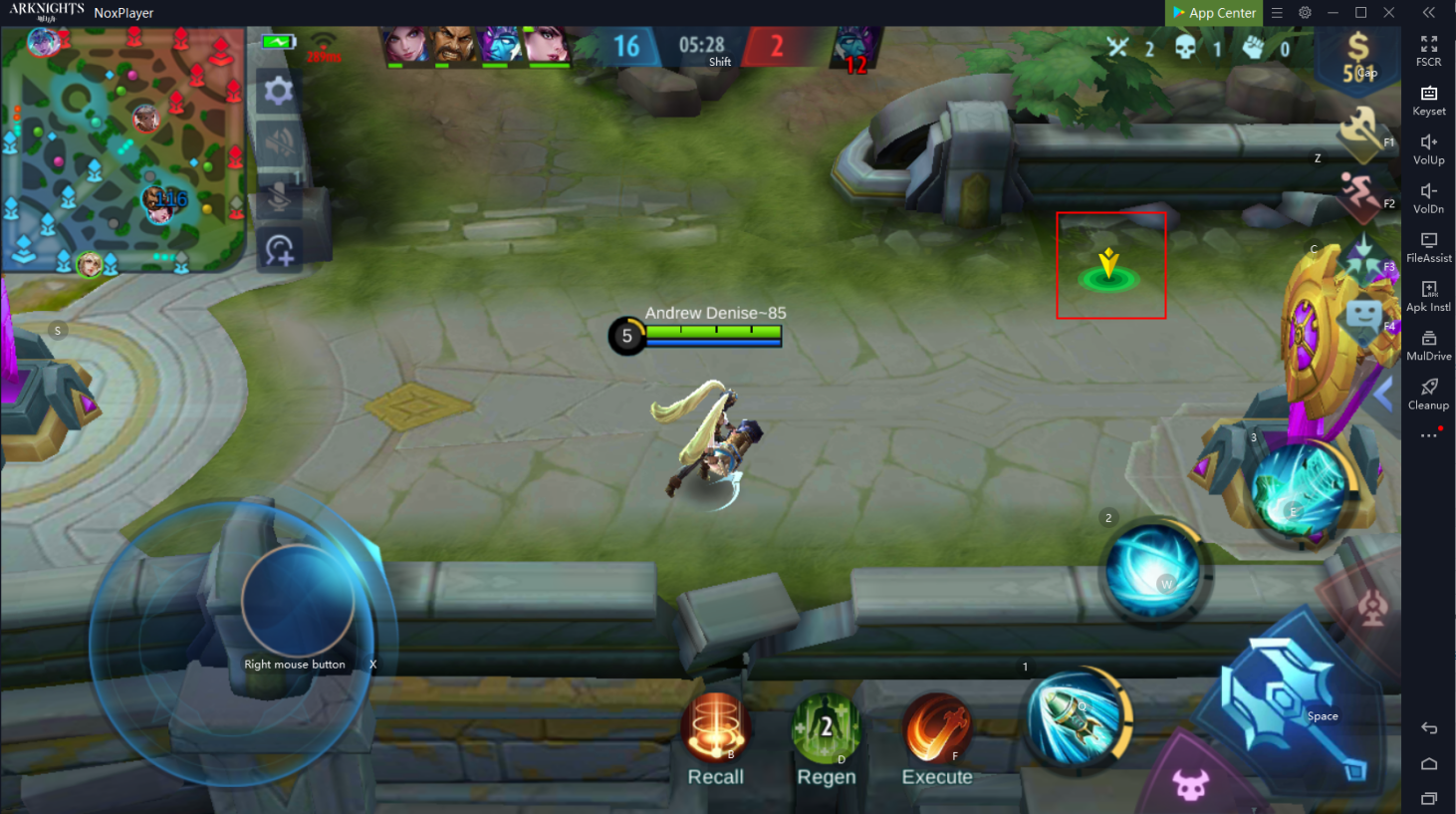