Girl’s Frontline is a mobile strategy game developed by MICA Team. It is a moe anthropomorphism game in which the player controls echelons of android characters, known in-game as “T-Dolls” or “Tactical Dolls”, each of which represents a real-world firearm. 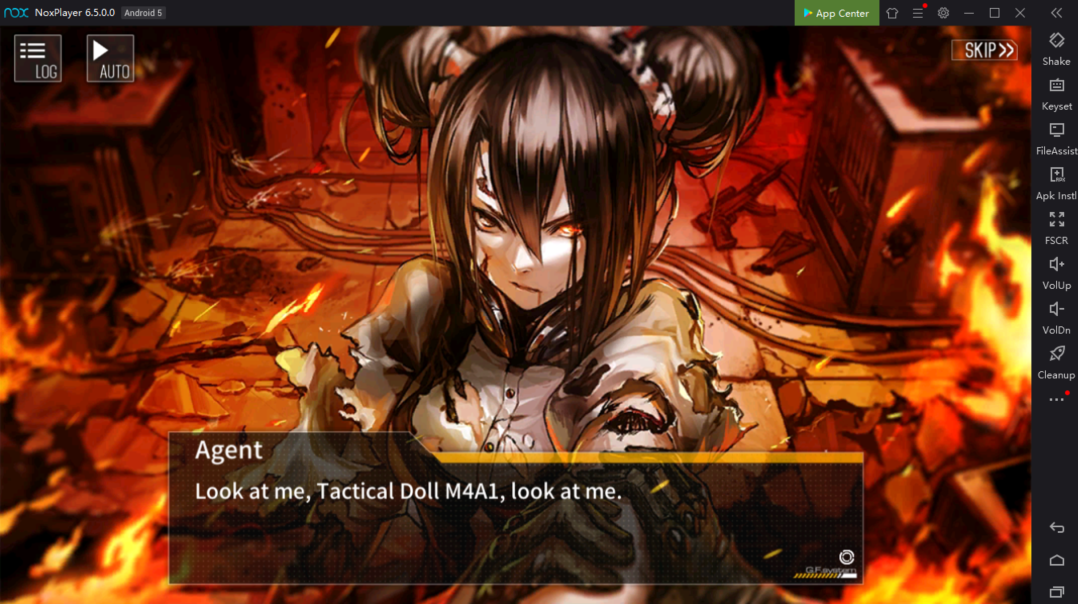 And now you have the opportunity to play Girl’s Frontline on your PC. To do so, just install NoxPlayer Android Emulator on your computer, sign in your Google account, then search and install it from the built-in Google Play or App Center.

You could also download the apk file from Uptodown, and just drag and drop the file in NoxPlayer; it will install automatically. Or use a special version of NoxPlayer, which includes Uptodown app. You can download and install any apk file just with few clicks! Then just enjoy!

After loading up the app, you might be overwhelmed with all the new terms, UI, and cute girls (of course). And this guide will walk you through everything you need to know step-by-step.

T-Dolls are classified into different types, each with a general role on the team, which is called an Echelon.

Handguns (HGs) act as buffers/dodge tanks but they don’t do much damage to foes. They buff all types of T-Dolls, making them a good fit for any team composition.

Rifles (RFs) deal high damage and target the back of the enemy’s Echelon, where stronger foes are usually located. Their Rate of Fire (ROF) is low. Generally, they buff HGs. 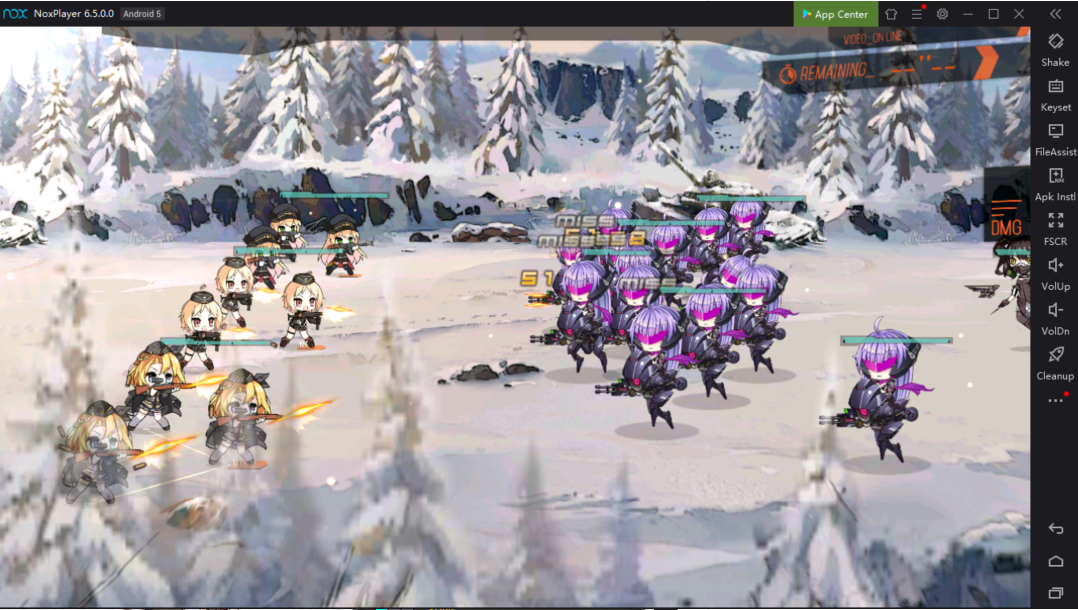 Submachine Guns (SMGs) are tanks on top of dealing good damage to the enemy’s front lines. They can either have high Evasion (EVA), allowing them to dodge most incoming attacks, or higher HP and lower EVA, meaning that they’ll be absorbing much more damage. Generally, they buff ARs.

Machine Guns (MG) deal a vast amount of burst damage, but their long reload times and high ammo consumption makes them unsuitable for beginners. Generally, they buff Shotguns (SGs), which have not yet been released.

Resources are the main currency of this game. There are four kinds: Manpower, Ammunition, Rations, and Parts. Many game functions consume these Resources, most notably Crafting and Combat missions. Although Resources can be purchased with premium currency, this is inadvisable as they are easily farmable through Quests and Logistics missions. 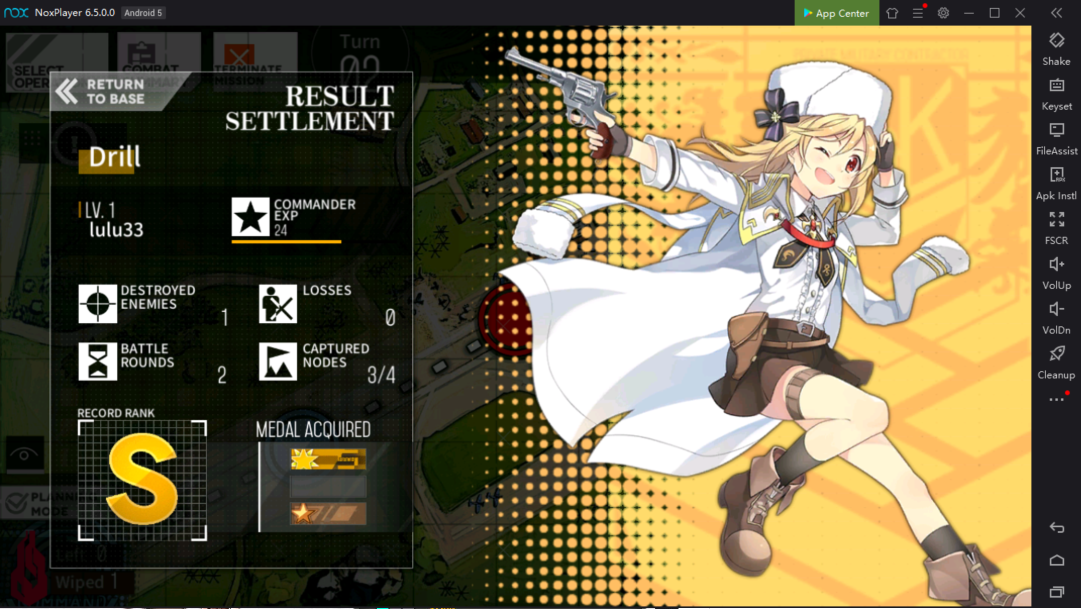 As the star mechanic of this gacha game, crafting is your primary method of obtaining T-Dolls and Equipment. The system is similar to Kantai Collection (Kancolle), in which you spend the four different Resources in varying quantities to produce T-Dolls. These are referred to as Recipes in game and can even be saved for future reference.

As a beginner, it’s advisable to use the 430/430/430/230 recipe (430 Manpower, 430 Ammunition, 430 Rations, and 230 Parts), as this recipe will give a good variety of gun types for the early game. The production timer, however, not only tells you how long you need to wait, but also which T-Doll you’ve possible rolled. If you’re really itching that gacha action, Quick Production Contracts will make a production instant. These are also easily obtainable through Logistics missions, quests, and events.

Now you may be wondering what all those numbers on their status screen mean. Like most characters in tactical RPGs, T-Dolls each have individual stats that determine how well (or how badly) they perform in combat. The six main stats are the following:

HP: The amount of health the T-Doll currently possesses. HP is raised when levelling up automatically, but significantly increased by Dummy Linking. The higher a units’ HP, the more incoming attacks they are able to tank.

Damage (DMG): The amount of damage the T-Doll will deal with each shot to foes. The higher a units’ Damage, the more their individual attacks will reduce a foes’ HP.

Accuracy (ACC): Determines how accurately the T-Doll is able to target foes with their own attacks. The higher a units’ Accuracy, the less they will miss the opponent when they fire at them.

Evasion (EVA): Represents how well the T-Doll is able to dodge incoming attacks. The higher a units’ Evasion, the less damage they will take as more attacks from foes will miss them.

Rate of Fire (ROF): Describes how quickly a T-Doll can fire at the enemy before they can fire again. The higher a units’ Rate of Fire, the more quickly they can shoot at a foe.

Mobility: A measure of how quickly the T-Doll moves when manually repositioned within a formation in battle. The higher a unit’s Mobility, the easier it is to kite foes with them.